Dr. Orlando F. McMeans writes letter about his first 60 days as the Chancellor-Dean of the SU Ag Center & College of Ag 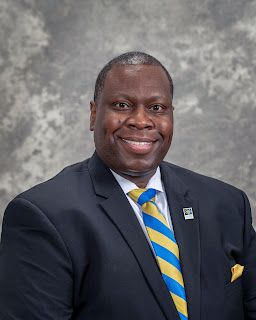 BATON ROUGE, LA — Dr. Orlando F. McMeans, Chancellor of the Southern University Ag Center and Dean the College of Agricultural, Family and Consumer Sciences, has written a letter about his first 60 days in his position.

The open letter is available here. 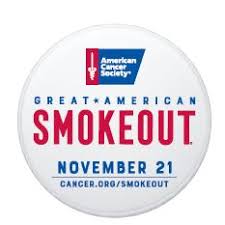 Great American Smokeout is an annual intervention event held on the third Thursday of November every year by the American Cancer Society. Approximately 40 million American adults still smoke, and tobacco use remains the single largest preventable cause of disease and premature death in the country. The event challenges people to quit smoking on that day or use the day to make a plan to quit.

The SU Ag Center’s Communities of Color Network will host the following events:

For additional information about the SU Ag Center’s Communities of Color Network visit, http://suagcenter.com/page/communities-of-color-network or call 225-771-4456.

Dr. Renita Marshall named Vice-Chancellor of the SU Ag Center and Associate Dean of the College of Ag

Dr. Marshall was appointed to the position during the Southern University Board of Supervisors' meeting on October 18, 2019.

In her role as a professor of animal science, she served as the faculty advisor for both the Department of Animal Science’s Pre-Veterinary Club and Southern University’s Chapter of Minorities in Agriculture, Natural Resources and Related Sciences (MANRRS). She was also a co-coordinator of the Southern University College of Sciences and Agriculture’s Beginning Agricultural Youth Opportunities Unlimited (BAYOU) Program.

Prior to teaching at the college, Renita was employed with the Southern University Ag Center for more than a decade. During that time, she held the titles of Interim Associate Research Director and Livestock Programs Director.

Renita is a member of numerous community and professional organizations. She is a member of the Baton Rouge Zoo’s Advisory Board, Southern University’s representative for the Mayor’s Office of Homeland Security and Emergency (MOHSEP) Animal Disaster/Evacuation and a member of the Next Generation Global Health Security Network.

The position was approved on October 18 during the Southern University Board of Supervisors' regular meeting in Baton Rouge, La.

Walker recently held the position of interim Chancellor- Dean of the Southern University Ag Center and the College of Agricultural, Family and Consumer Sciences.

For more than 30 years, Dr. Walker has been a professor of animal science at Southern University and A&M College.

Dr. Walker earned a bachelor’s degree in animal science from Louisiana Tech University and a Master’s and Ph.D. in Animal Science from Oregon State University.

The event was designed to inspire youth to take an interest in STEM (science, technology, engineering and math) topics through hands-on learning experiences – with this year’s focus on computer science and coding. Projects ranged from baseball games to trips to the moon!

This group of talents students was led by Ms. Tyler Colson and Frank Sparks under the supervision of Principal, Mr. Curtis Walker!

The Game Changers, designed by Google and West Virginia University Extension Service, aims to teach kids how to use computer science (CS) to create games and engage with topics they care passionately about.
###